Orthophoto – Photogrammetry with a drone

Following a defined flight plan, the following elements can be provided:

For photogrammetry, creation of a file allowing to make measurements from aerial photos that can be transformed into images. Photography and image processing require special techniques as well as cameras (Sony RX100 M4) and adapted software (Photoscan, 3d Reshaper, autocad map 3d and covadis).

We can fly as closely as possible to the subject, at altitudes that are not accessible to other airborne means. The set-up time (a few minutes) is very short and allows to take off and land almost anywhere in record time.

The Decree dated December 17th, 2015 relating to the use of airspace by aircrafts operating with no-one on board, strictly sets out drone operators’ professional activities.

ECR Environnement has 2 telepilots approved by the Directorate General for Civil Aviation to carry out aerial photography work. 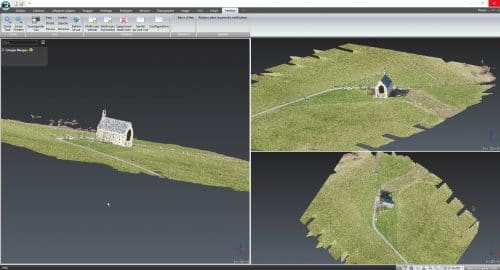 All the news
Recent news
Want to contact us? Leave us a message.
CONTACT US
Back To Top